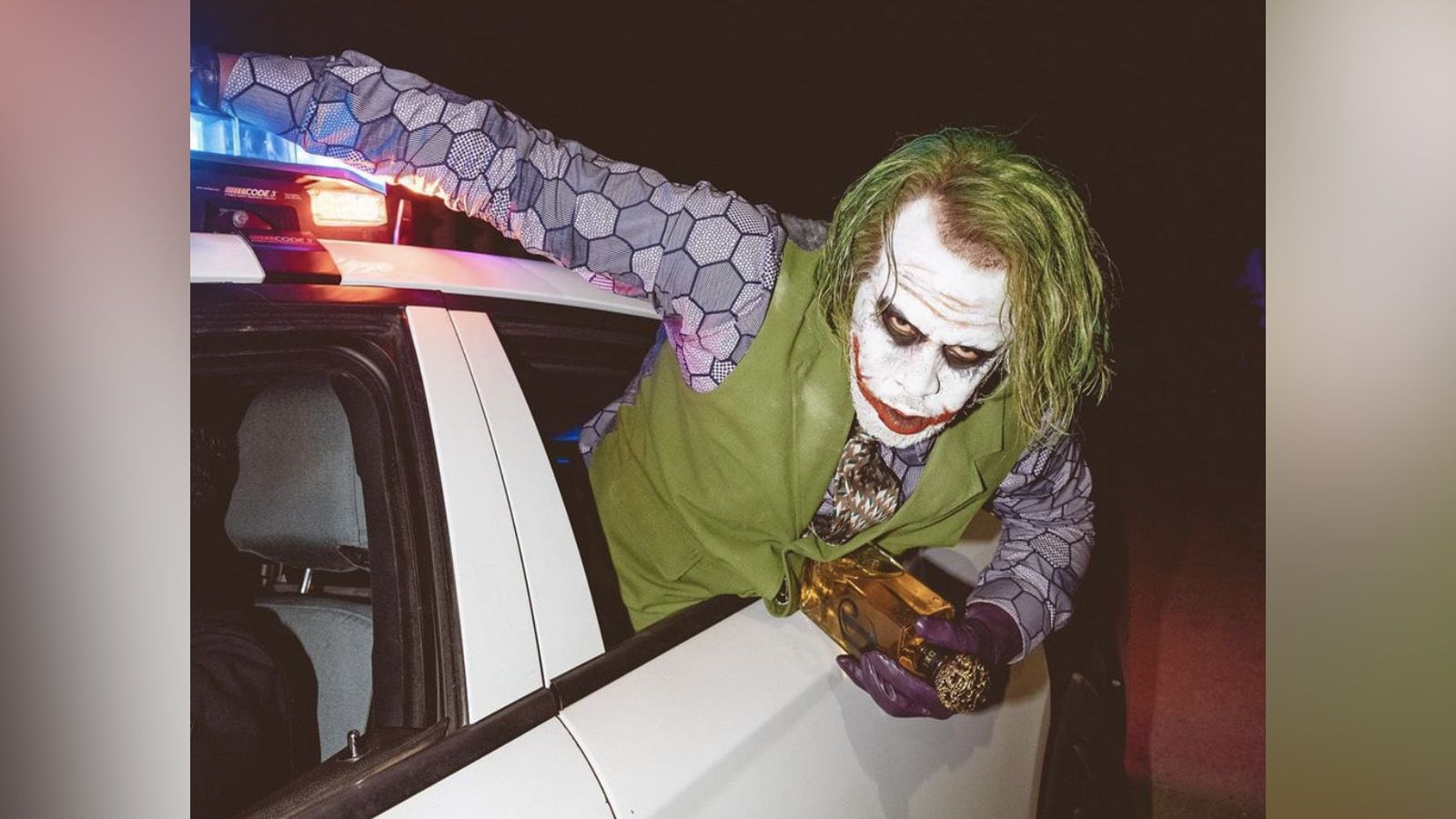 Wanted to remind y’all that I do still blog! I was really impressed with a lot of costumes that influencers and celebrities came up with this year. My favorite was P. Diddy’s Joker! He went al lout which is always fun to see.

To me, this October wasn’t really Octobering. I was pleasantly surprised by Halloween. This year I went as Mirko from My Hero Academia! This was really special to me, there aren’t a lot of darker skinned women in the media that I choose to consume. I love that Mirko is universally loved and she’s not treated like she’s ugly in comparison to the other characters or annoying. Mirko is strong, cute, and popular. I wanted to do a current anime accurate one, however I didn’t know the etiquette for that. Next year, I think I will be able to go all the way in good conscience though.

Here are some other cool costumes I loved.

I hope Elle will do more horror movies. She really seems to gravitate to horror adjacent movies like Mary Shelley and Super 8. But, have you seen The Neon Demon? It’s really good. It mixes horror and fashion. Say what you want about the movie, but I do think it was unique.

I would love to see Elle in a slasher movie. I think we need more female slashers in general. What do you guys think. I really like the idea of her in an adaptation of Locke and Key as Kinsey Locke. I also think that Locke and Key would work as a movie and that’s why the TV shows keep flopping.

Kyle Jenner as The Monster’s Bride

Ok, camp! The planning and self awareness! I truly do not care for these girlies, but she is the best out of the worst and I do think she can be funny. Speaking of funny, isn’t it kind of funny that the anniversary of the Astroworld Disaster is coming up, but when you google Travis Scott, most of the links are about Kylie and the Young Sweet Ro lady? The way Kylie’s sister is the highest paid model in the world while being so boring is wild. Kylie’s Halloween photoshoots (the Elvira one too) is better than anything Kendall has done in modeling. My friend and I were discussing this earlier and she reckons that it is because Kendall models clothes, and Kylie models herself. I thought that was an interesting way to put it.

Tamron Hall as The Little Mermaid

Ok, so like I’m at the point where I will admit that remaking Disney Movies into live action was a mistake. But, I will be seeing The Little Mermaid out of SPITE. Everyone being racist to the actress is literally so annoying. She has the voice of an angel and I am so excited to hear her sing more outside of CholexHalle. I like Chole’s solo career music too, but I get the vibe that Halle’s will be different and I can’t wait to hear it.

As a cosplayer, I do like the idea of another Black Dinsey princess. Even though I love Tiana, she doesn’t really hit the same as the other princesses that I grew up with. I was almost 18 when the Princess and the Frog came out. I am so thankful black girls are going to have the option of dressing like a beloved princess, and not having to deal with “the asterisk”. Maybe this is an experience unique to me, but it does feel belittling when people are like “That’s a ~unique~ take on *insert character here*.

Obviously, it’s not POC that are saying this. Other black girls go nuts over my Mileena and Starfire. Anyway, I might do The Little Mermaid at some point. It was literally so heartwarming to see all the Ariels this year.

Speaking of Halle, like…Wow. An Icon, a Legend, THE Moment. I’ve never seen Avatar and her and DDG’s costumes is making a girlie reconsider.

I’ve seen a lot of people say her eyes are too far apart. I (and everyone else with taste) think her face is so fairylike and ethereal. I love when people make costumes look better than what was originally there. I think it is so creative and personal.

I really love Halle, and I see big things in her future. I’d love to see her in a horror comedy. The streets are whispering that Scream Queens will be returning. I think if Halle returns to television, that would be a great choice for her.

Ok, I know Harry Potter isn’t the most popular thing right now. But, I’m always going to love Harry Potter, I know it makes me problematic! There’s just too much of my life that is directly connected to Harry Potter. I’m sorry. Anyway, I really loved JoJo’s costume. Draco is one of my favorite characters. As a Slytherin, I think I’m contractually obligated to say that. I think JoJo is a really sweet girl and it makes me so happy to see that she is seen as a role model to younger girls. Most of the influencers grow up too fast, and I feel like that is….not good. I love that Jojo is wholesome and elevates kindness.

I don’t have daughters, but if I did, I would rather them like JoJo than a lot of other internet celebrities.

Some people were mad that she cut her hair a while back, I loved that she turned it into a joke! I think it’s really admirable and I wish I had thick skin like her. I have a borderline asthma attack whenever I even consider posting on here.

So sorry to post a man, but he ate. No crumbs. Sorry to this man, I don’t know which one it is.If it makes you feel better, I was great friends with twins as a child. One was blonde, and the other was brunette. Couldn’t tell them apart either lol.

Anyway, if I was the type of person that liked live action remakes, we may have found our Howl. And, hear me out, hear me out….Sydney Sweeney as Sophie. But, I would honestly prefer for both of them to be played by Asian people.

However, I would really love to see an even more faithful adaptation of the book series the movie is based on. I would love to see Sophie’s sister be played by Miss Flo. Howl’s British and Bryonic, but…I feel like I would enjoy an Asian Howl more than a white one. The cool thing about the world is that you can be British and Asian. So, you know.